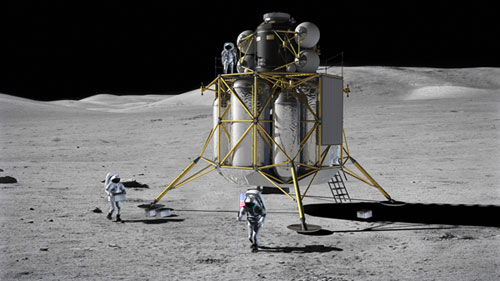 Last week, the U.S. Chamber of Commerce conducted a three-day workshop on concepts for NASA’s planned lunar surface operations. Some of the presentations made by various groups is now online. There is interesting stuff here.

It’s just that surface operations are more thanÂ  decade away, so some of it seems like vaporware. I’m also afraid that we will spend so much money getting back to the moon that we won’t have any funding left over to do much once we are on the surface. It could be a repeat of the International Space Station.

The moon probably has more commercial potential than low Earth orbit, so I might be wrong in my views here. It is good that the U.S. Chamber of Commerce is getting involved at such an early stage. They can bring some realism about the commercial prospects into the equation.